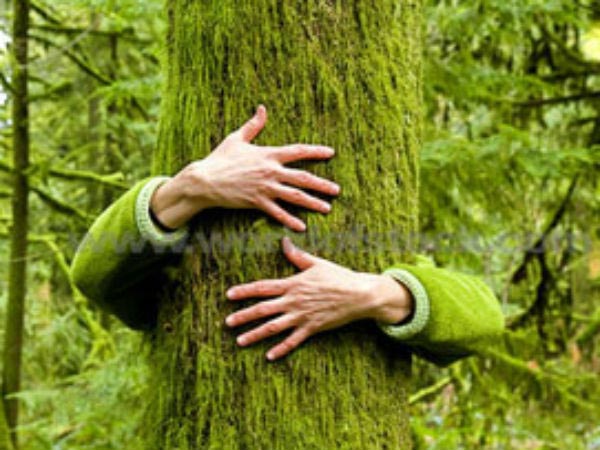 Most Indians feel very strongly about our roots, our communities. It is no wonder that many of our strongest, citizen-led movements for change have come from that space. One such movement, which we need to revisit today, is the Chipko Movement of 1973. It changed the shape of conservation in India.

45 years ago to this day the women of Chamoli village hugged trees to protect them from being cut. The goal of the Chipko Movement was to draw attention to and prevent deforestation, which had begun to occur on a mass scale to make way for dams or industry or roads. The movement began in 1973 in Uttar Pradesh, and was an initiative of Sunderlal Bahuguna, a renowned environmentalist. With encouragement from a local NGO (non-governmental organization) called DGSS (Dasoli Gram Swarajya Sangh), the women of the area, under the leadership of activist Chandi Prasad Bhatt, went into the forest and formed a circle around the trees preventing the men from cutting them down.

Over the next five years, the movement spread to other areas of the state as well. Women, being solely in charge of cultivation, livestock and children, lost all they had because of floods and landslides, caused due to rise in deforestation in the face of urbanisation. The message of the Chipko workers made a direct appeal to them. They were able to perceive the link between their victimization and the denuding of mountain slopes by commercial interests. Thus, sheer survival made women support the movement. On its doodle blog in commemorating the 45th anniversary of the movement, Google wrote, “The Chipko Andolan also stands out as an eco-feminist movement. Women formed the nucleus of the movement, as the group most directly affected by the lack of firewood and drinking water caused by deforestation. The power of protest is an invaluable and powerful agent of social change.”

However, not many people know that the original Chipko andolan dates back to the 18th century and was started by Rajasthan’s Bishnoi community. The incident has been etched in the annals of history for the sacrifice of a group of villagers, who led by a lady named Amrita Devi, laid down their lives while protecting trees from being felled on the orders of then King of Jodhpur. After this incident, the king, in a royal decree, banned cutting of trees in all Bishnoi villages.

Given the perils of increasing temperatures we face today, it’s time for another, stronger movement in villages and cities and alike. Watch a video here to get inspired!