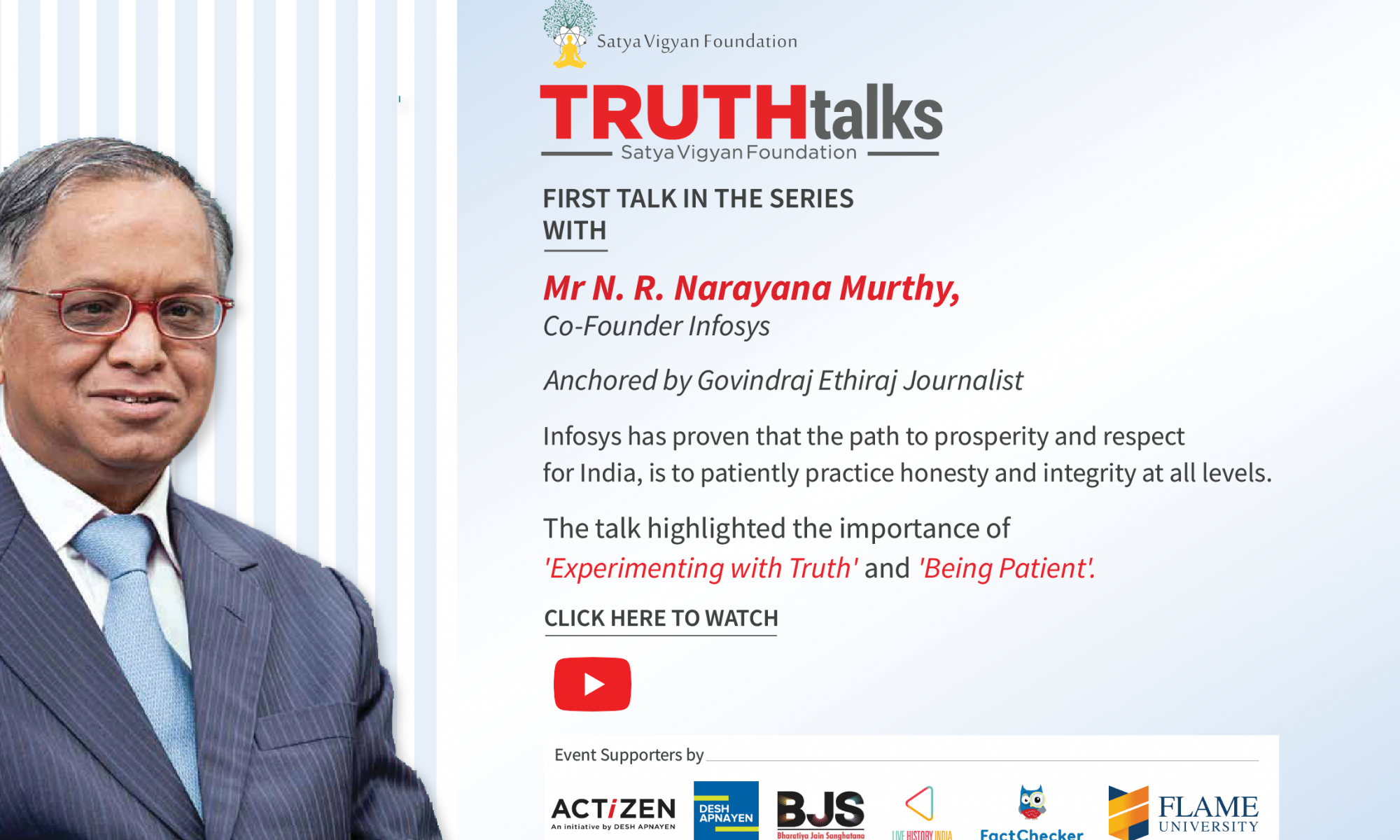 Yet, we so often resort to falsehood for short-term gains losing much of our peace, reputation and capability in the bargain.
Why have we moved away from the path of Truth?

TRUTHtalks, an initiative of Satya Vigyan Foundation and Vallabh Bhanshali, co-founder ENAM Group, Desh Apnayen and FLAME University, seeks to explore this question with those who have experimented a lot with Truth. To better understand Truth as the most powerful phenomenon in Nature, more than just a moral value or a legal obligation. And to mainstream the discussion andpractice of Truth. Even with just a little more alignment to Truth, to what is, society will enjoy greater peace and productivity.

Satya Vigyan Foundation intends to develop courses and hold talks, seminars or webinars and create discussion forums to get more and more sections of the society to think and benefit from the most powerful phenomenon in Nature – rather Nature itself.

The inspiration comes from Mundaka Upanishad’s well-known precept: सयमेव जयते नानतृम – What is not in Nature cannot succeed (or last) and Truth alone (what is in Nature) can.

The series of Truth Talks invites people in each talk from various fields of human endeavour who are respected in the community for their efforts to lead a successful life of integrity.
The first Talk was held with the co-Founder of Infosys Mr. Narayana Murthy on Saturday, 8th, August 2020 and hosted by Govindraj Ethiraj.

As the opening speaker of the series, Mr. Narayana Murthy, co-founder of Infosys laid the foundation of the series by throwing light on the value of Honesty, Transparency and Integrity in his own life and also in the corporate world. His words served the purpose of acting as a true source of pertinent and much-needed guidance of Truth. During the session, he also led emphasis on the significance of “Experimenting with the Truth”.

We are falling short of words to thank Mr. Narayana Murthy for giving his time and making an enlightening and excellent direction on the virtuous way of looking at the phenomenon of Truth. His words, advice and experience helped in establishing the foundation of Truth in a luminescent manner. We could not have had a better start to the TRUTHTalks series.

The session was loved and admired by the attendees. The attendees showed their love by such overwhelming comments, “Excellent lesson learnt”, “Thank you for the session”, “need of the hour” and many more. The first talk in the series of TRUTHTalks received great feedback for the session and the speakers.

As the core idea of TRUTHTalks to mainstream, the understanding of truth as a moral value and not just a legal and social obligation, the series will have such enlightening talks with several other luminaries who have agreed to follow in the series.
Join us in the journey and benefit from the comfort of the immense gravity of TRUTH.

Click on the below link to watch the first talk of the series. 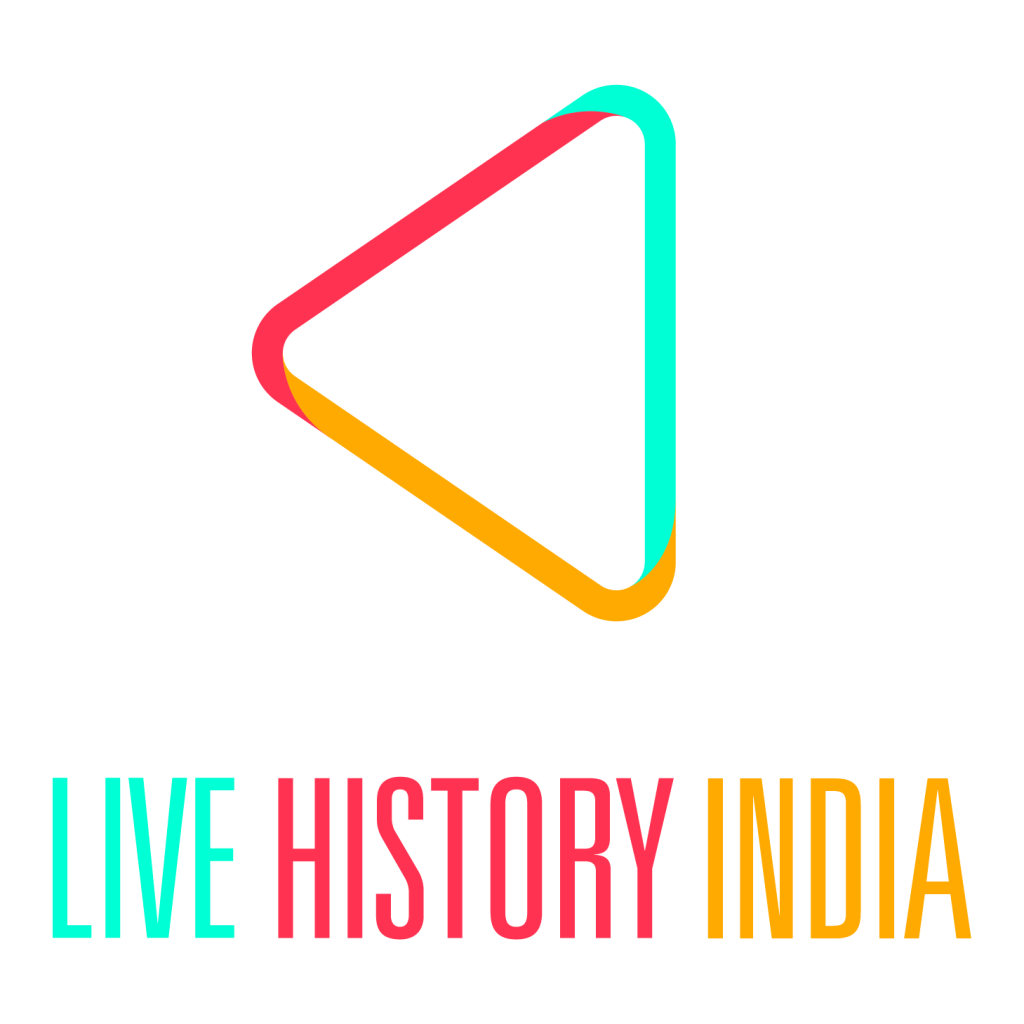 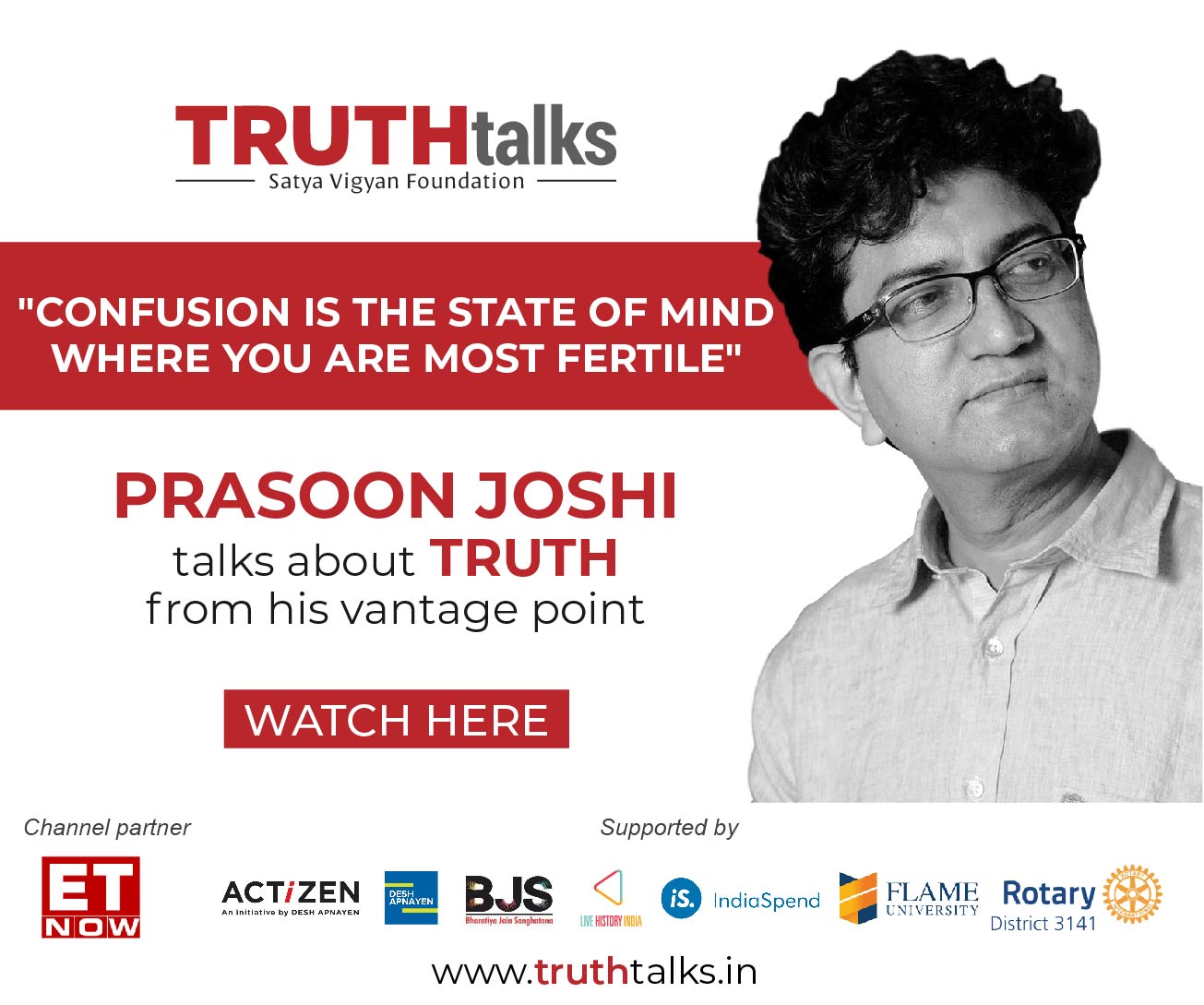 Fresh Thoughts, Age-Old Truth with Avyaktaji. If you haven't watched this intriguing conversation yet, head to https://bit.ly/2VyHLs0. Stay tuned for ... upcoming talks with yet another distinguished Truth Titan!

Get ready to perceive age-old truth with fresh thoughts from Avyaktaji, anchored by Mr Vallabh Bhanshali. Head to https://bit.ly/2VyHLs0. Subscribe to... the channel and hit the bell icon to get notifications before the talk premieres.

The pure & powerful words of the next Truth Titan of TRUTHtalks will inspire you.
HE CALLS HIMSELF AVYAKTA- the one without form.
Visit ... https://bit.ly/2VyHLs0 and subscribe to the channel to get notifications before talk premieres.